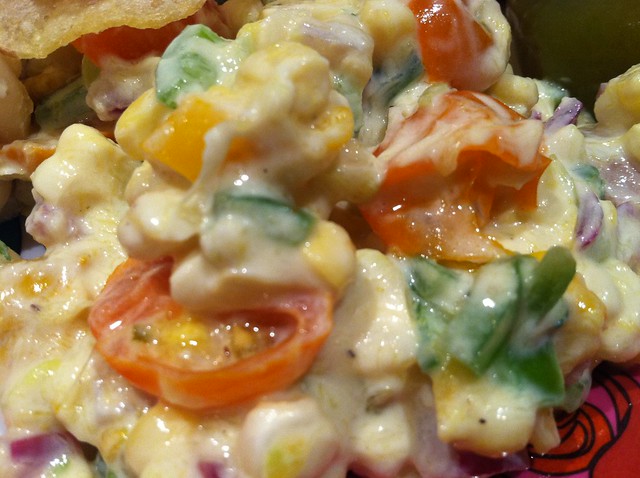 So I have all these random CSA things, and It’s Sunday and I am tired. I was working on stuff for the foodie book club tomorrow and wanted something easy to make that can carry me through the week and be healthy. Although the photo might give you the impression that this was made with a bucket of mayo, it was not. More often than not, you can substitute yogurt.

My coworker Emily had a similar version of this in her lunch last week, and my jealousy moved me to make my own.

Nutrition – SO good for you!

Step 1 – Get to chopping. throw all your veggies in a giant mixing bowl, unless you, like me, do not like raw zucchini. In that case, throw it into a pan with a spritz of Pam and some water, throw the lid on and steam it while you mix everything else. 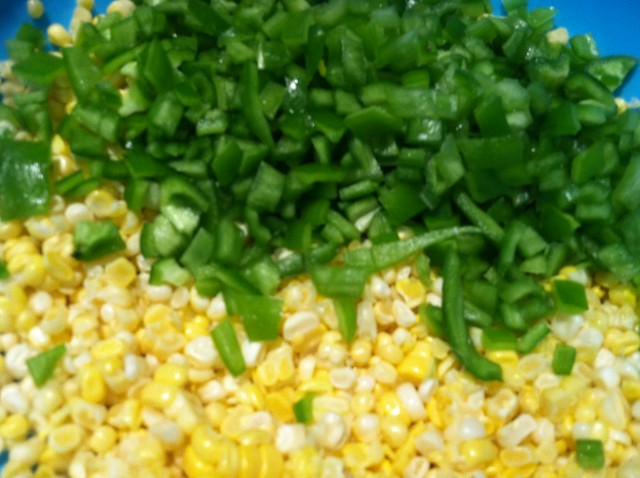 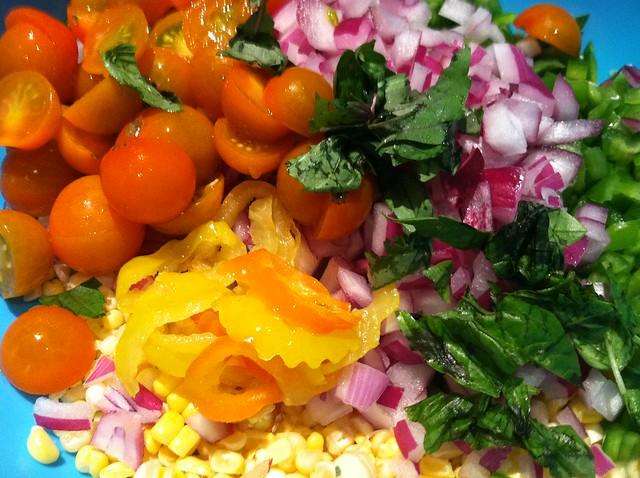 Step 2 – Toss the yogurt, vinegar, hot sauce, and lemon juice into the bowl and your steamed zucchini on top. Stir, and season to taste. 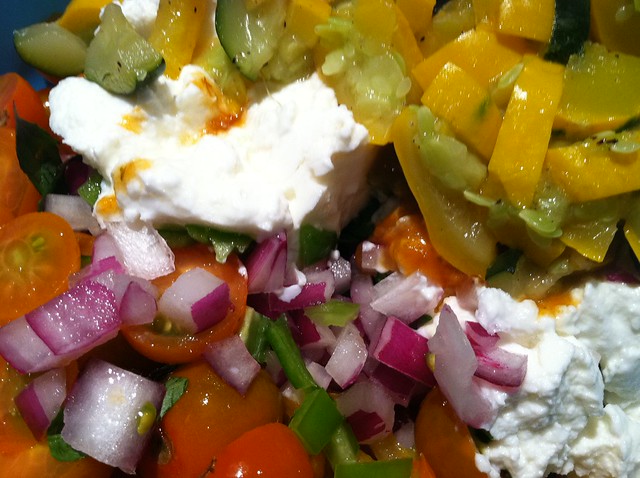 Now, like I said… this makes a ton of food. I like to make things in large amounts so i can pack it in my lunch or freeze or whatever. Tonight I made panini on my george foremen grill, so I went ahead and made two so i could have the same meal at work tomorrow. YAY. 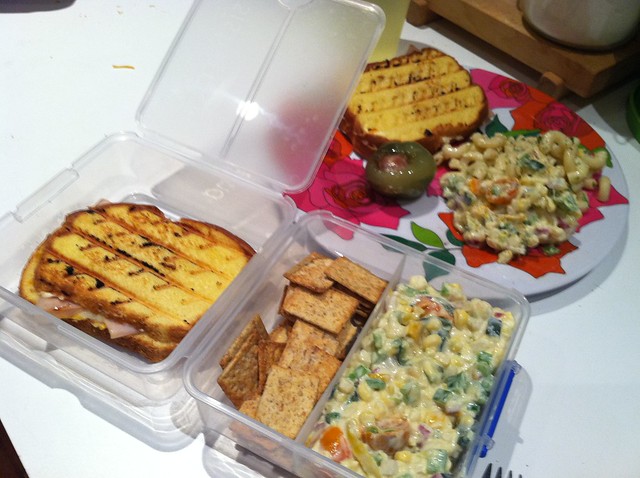