This is officially my favorite event of the year. Being on the Judge’s Panel for High River Sauce’s NYC Hot Sauce Expo is ridiculously fun, and the Capsaicin tripping is just a bonus. (Pictures from Judging from 2014 Here and of 2013
Here. ) I am amped beyond belief for the actual event and I hope to see you there, hopefully because you entered one of the insane eating contests. As for judging, I got there early (after pregaming with 4 sauces at a taco stand) and started opening bottles to smell and get excited about. These were for the taking, the judging itself was out of little labeled cups, so we couldn’t play favorites. 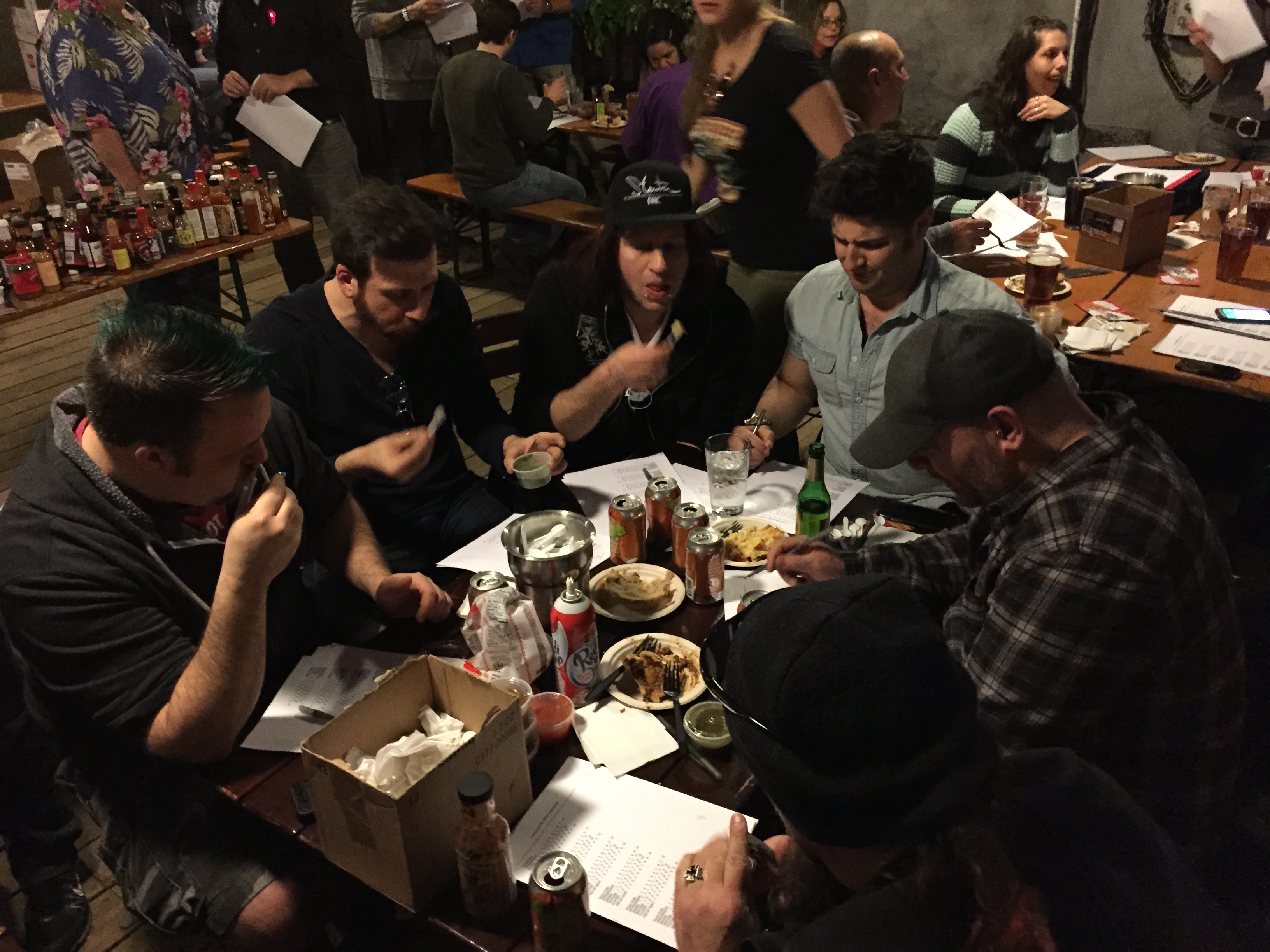 We tried 200 sauces, and kept scores and notes for each sauce in each category, i.e. fruit-based hot, chipotle, and of course, Extreme Heat, which tapped a lot of people out, but not this fine fucking group! 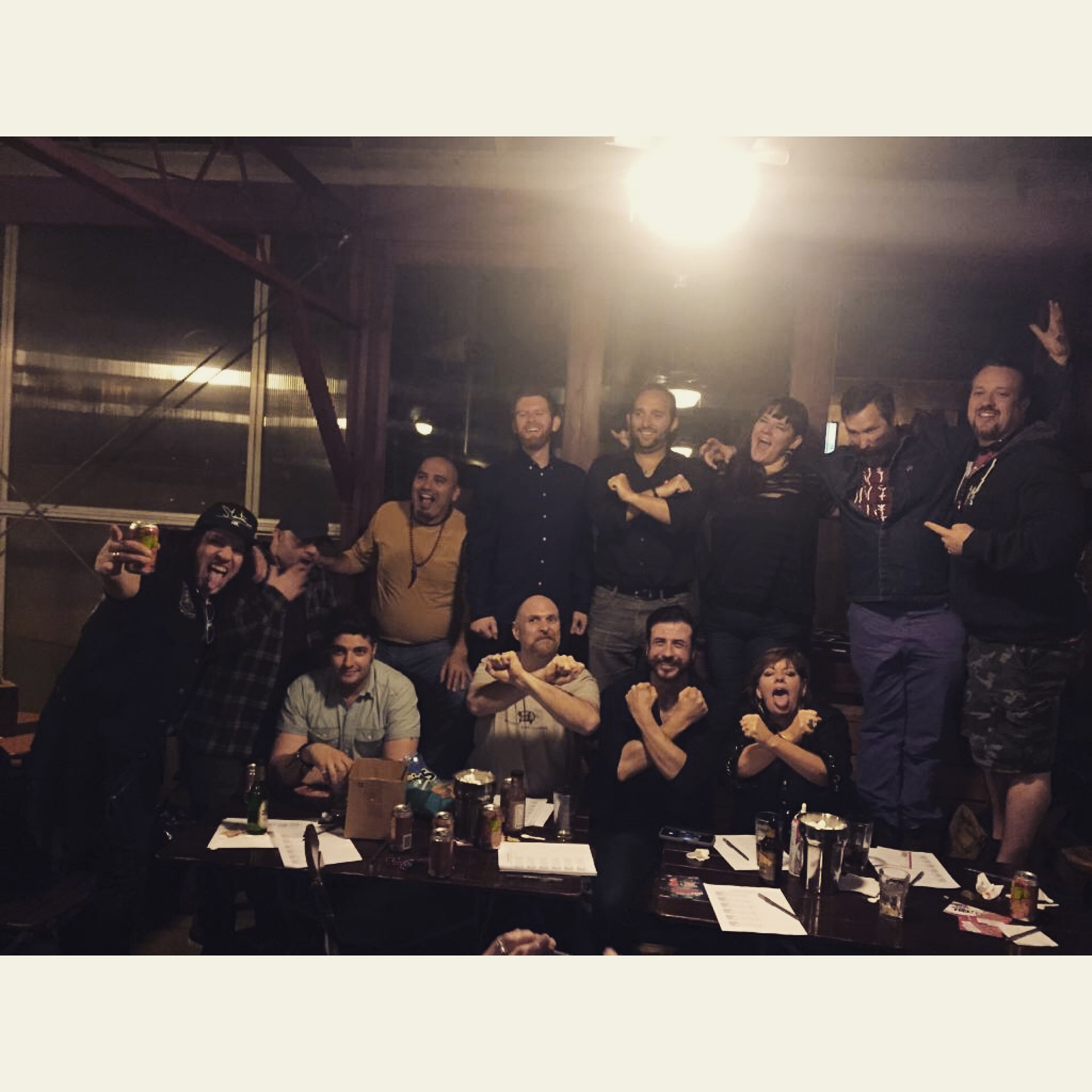 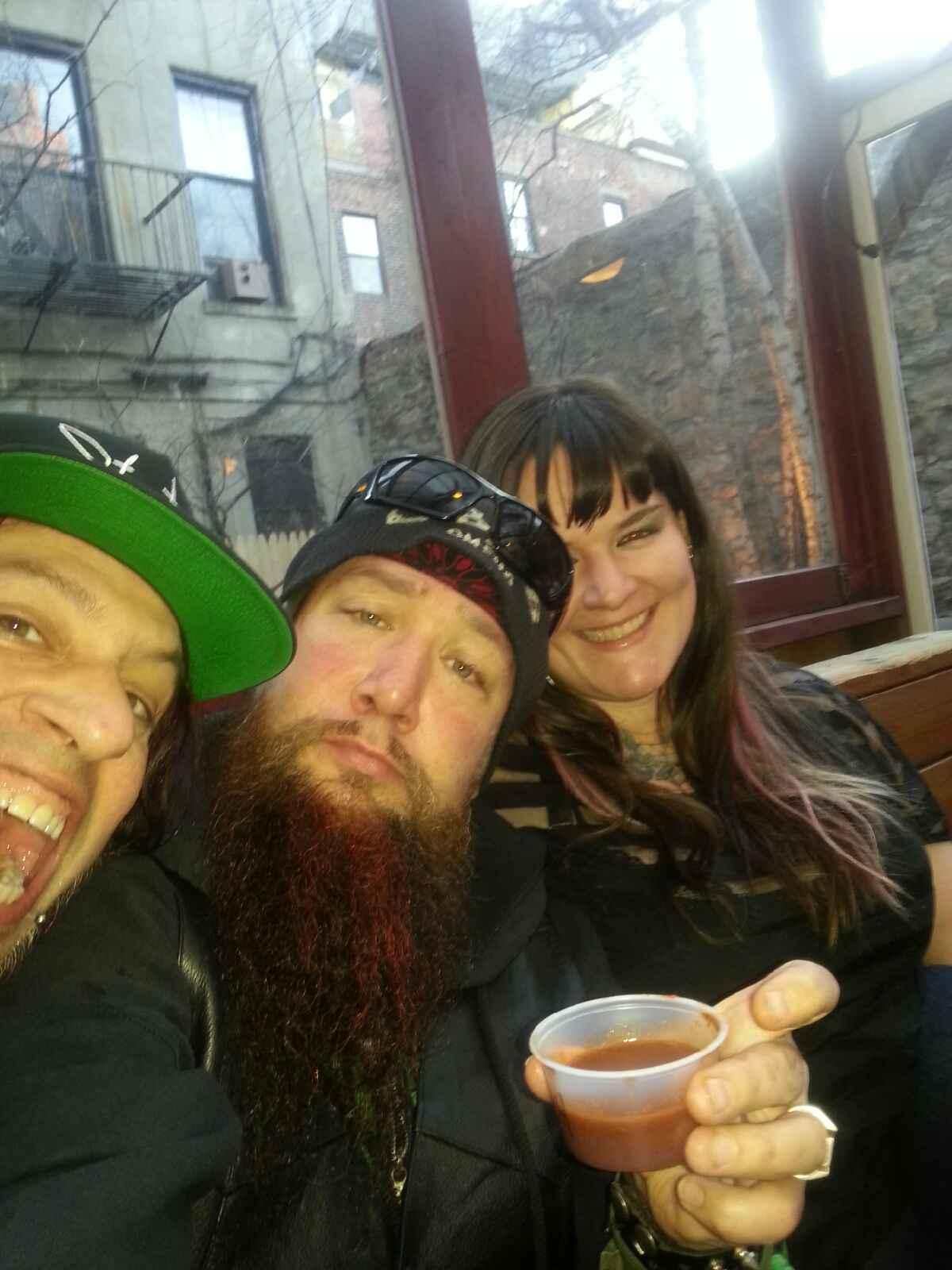 Just remember to keep the whipped cream and bread handy. 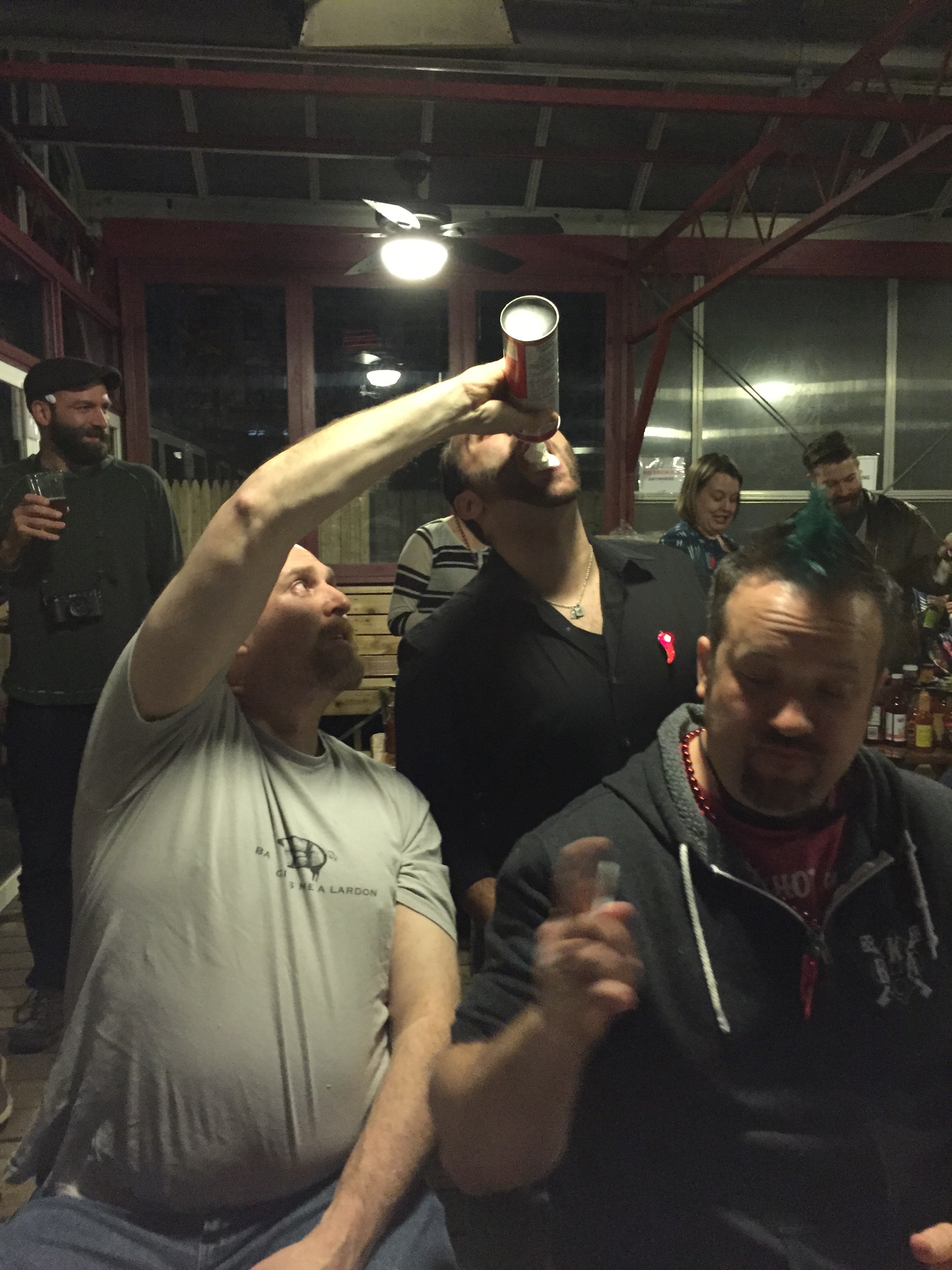 And in case you were wondering, Adam Poch’s shirt is as awesome as he is. (Yes the one from Big Brother. Yes the one that is a BACON MINISTER .) 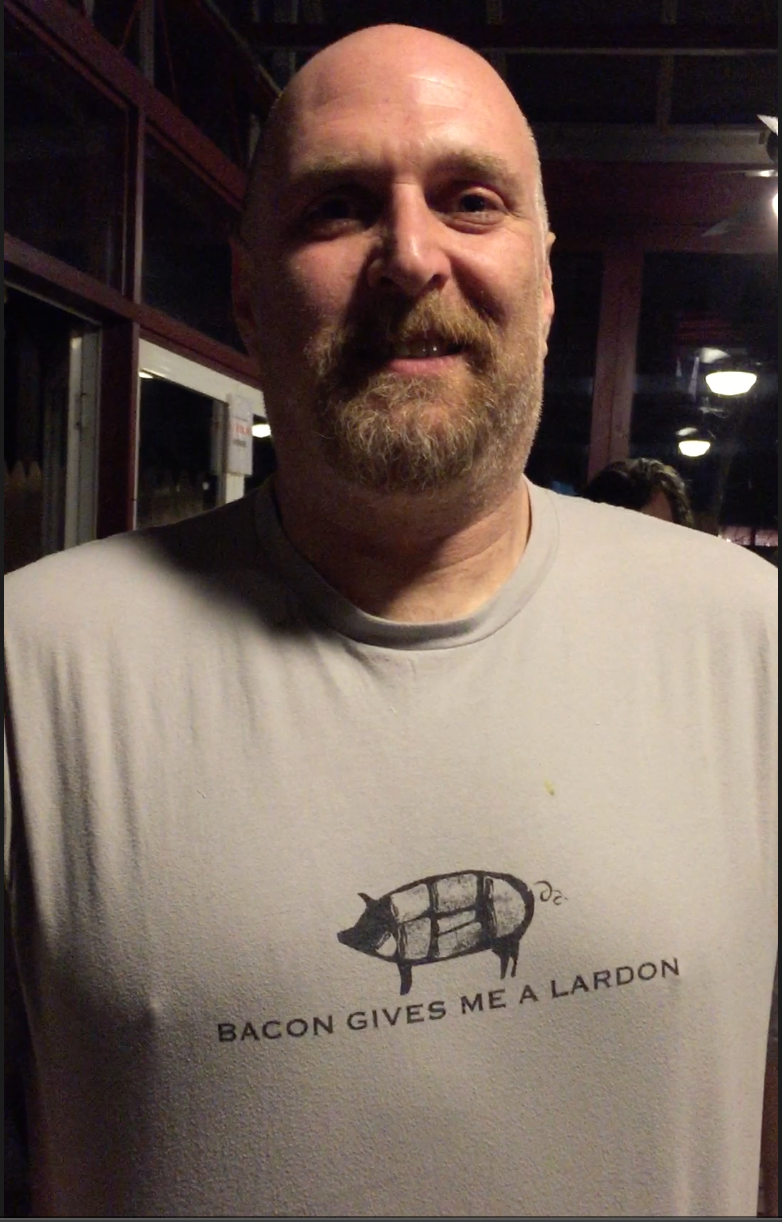 And of course, now that I am done I CAN play favorites. And while there were too many to list, and a lot of them even I won’t know what they were until the award’s ceremony, I fell in love with these new contenders… 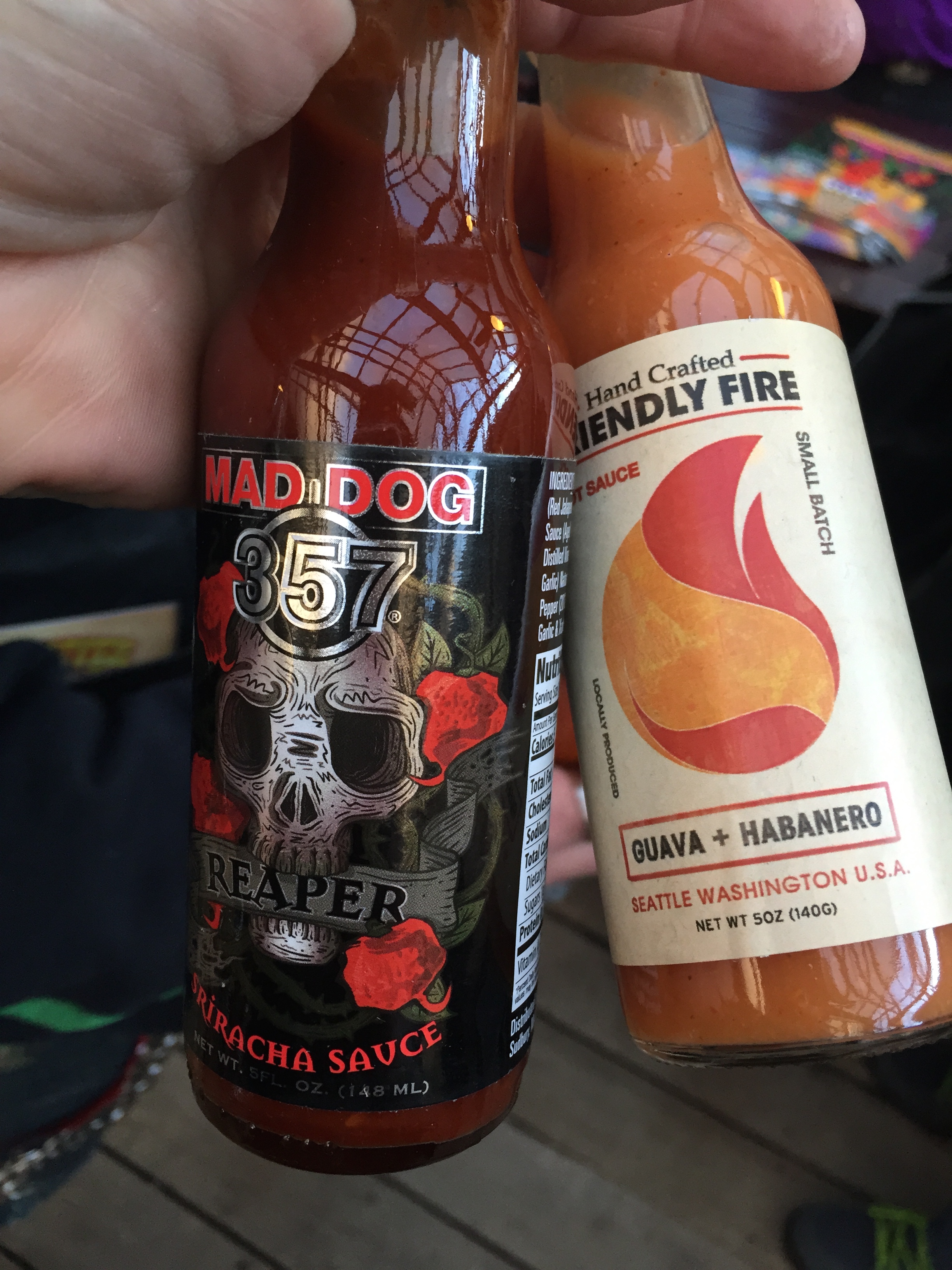 And I may or may or may not have blown through my entire bottle of Lucky Dog on one batch of pulled pork, therefore making my only complaint that this should only be available in bucket size. Being a southerner, I love me a good mustard based sauce, combine that with my love of hot sauce and constant lack of chipotle sauce options, and this is my new heaven. I tried a few of the brand in general, which has a great name, great label, great slogan AND great flavors? Sold. 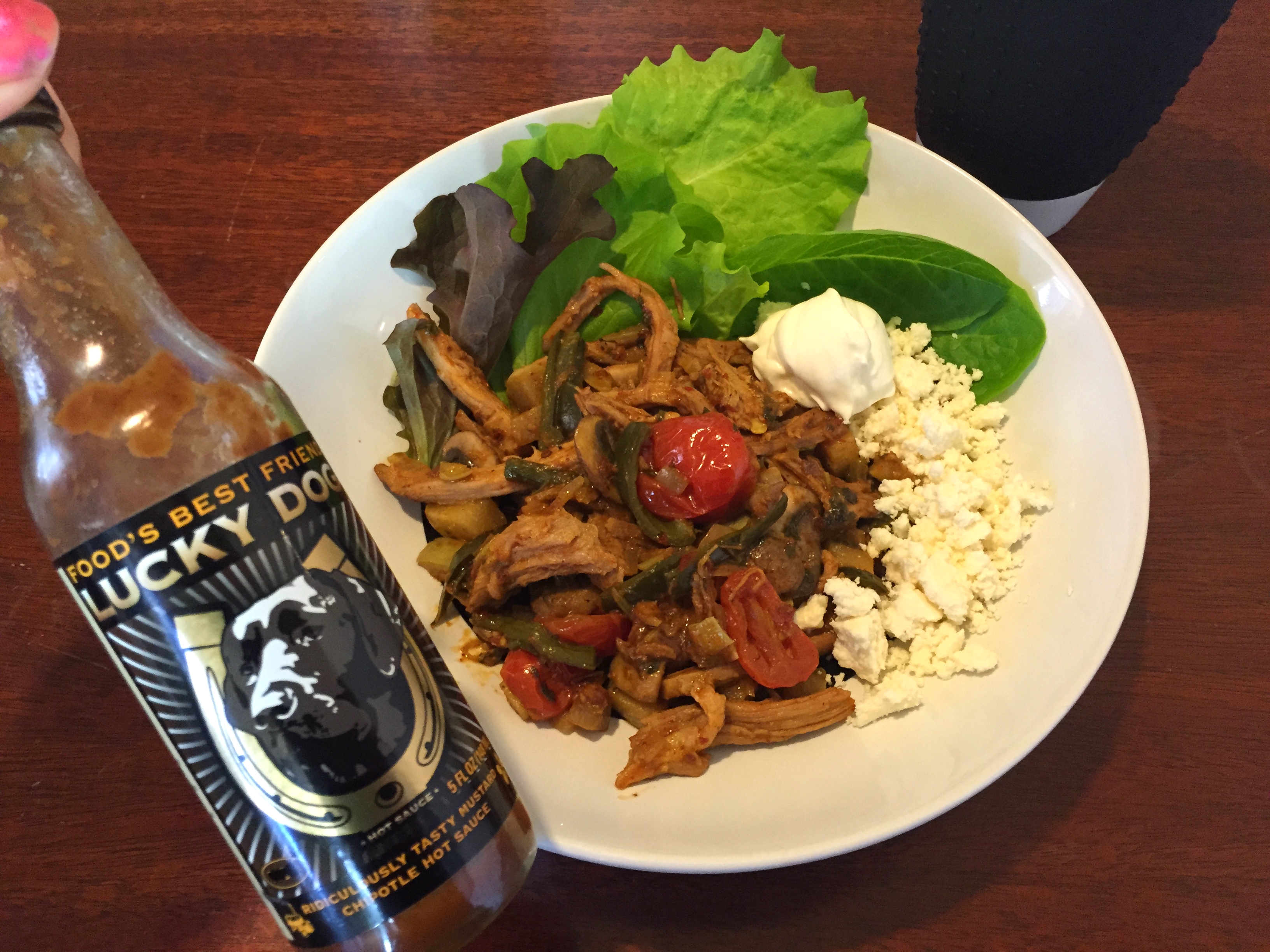 There was really a ton of great stuff this year, and I look forward to seeing what our winners were! And since we had reaper peppers officially in this year, its gonna be super exciting. Especially during the aptly named PucketButt Pepper Company’s Smokin’ Ed’s Reaper Pepper Eating Challenge – A Guinness World Record Event!! I don’t know if I can wait another week. Time to go open my last bottle of fellow judge Chris Santos’ Rattler Sauce and pray it lasts me until I can restock my saucy shelves at the Expo.

With Love, and By my Whipped Cream Covered Hands, 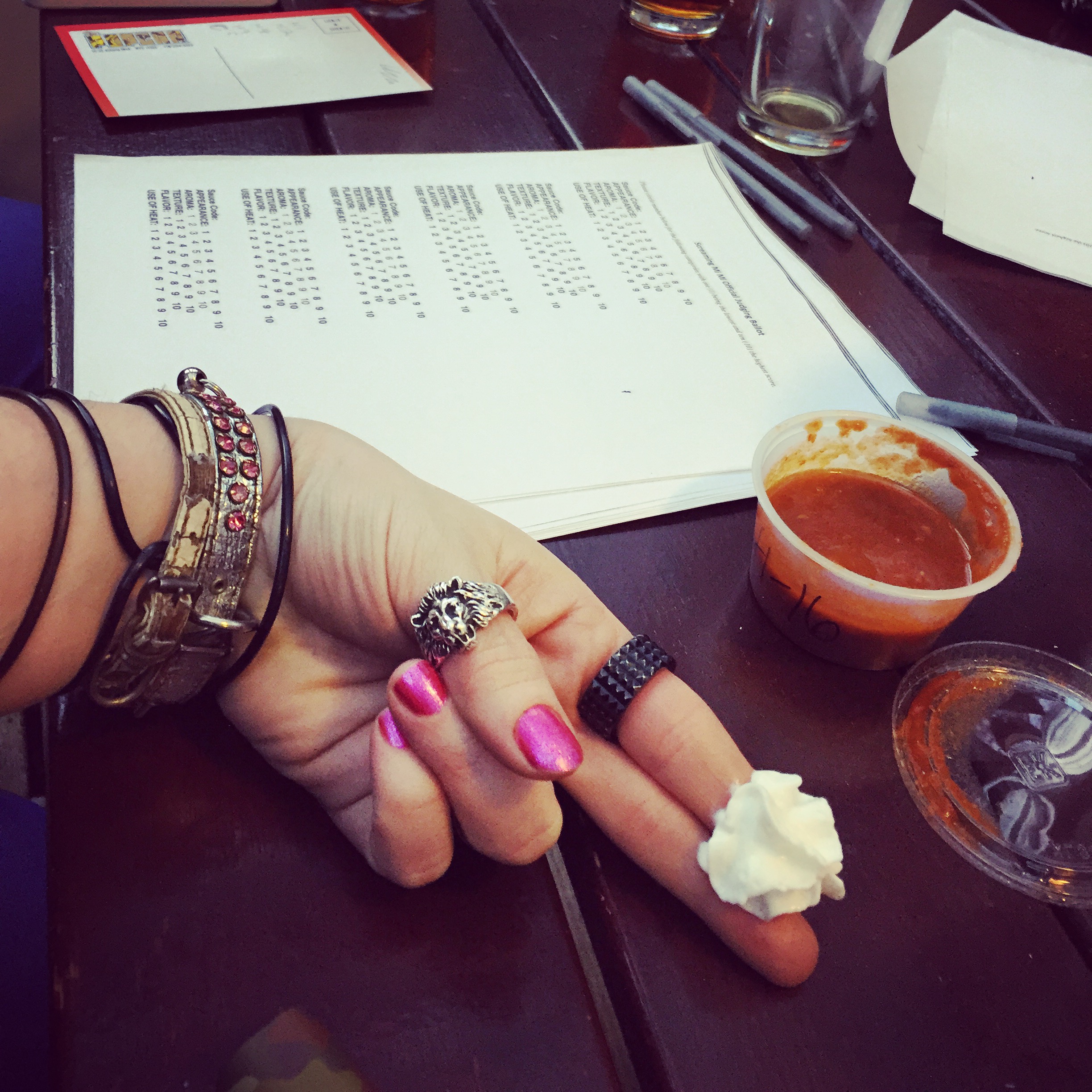