So here is what happened with the Pie Party! Every year there is this amazing potluck of pies in both the sweet and savory categories, and food bloggers are asked to come and bring a pie to share. And who doesn’t love pie? Its like casserole, it can be anything. 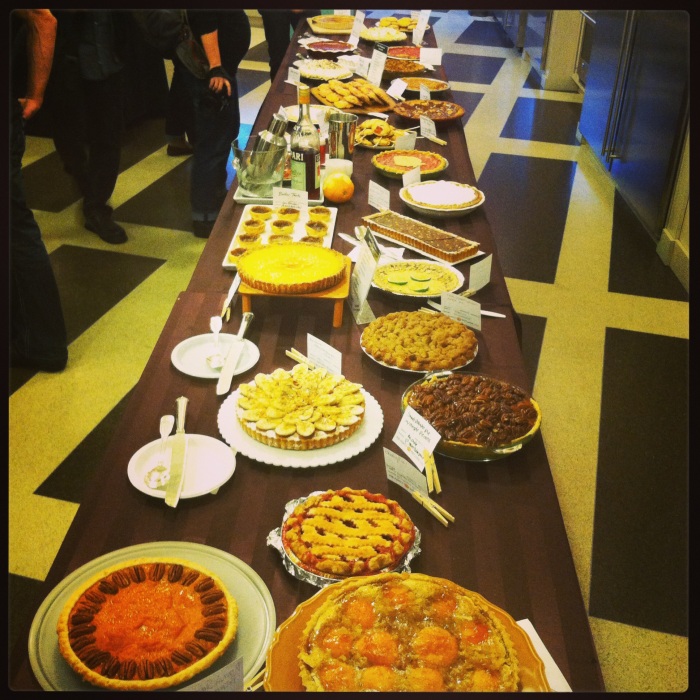 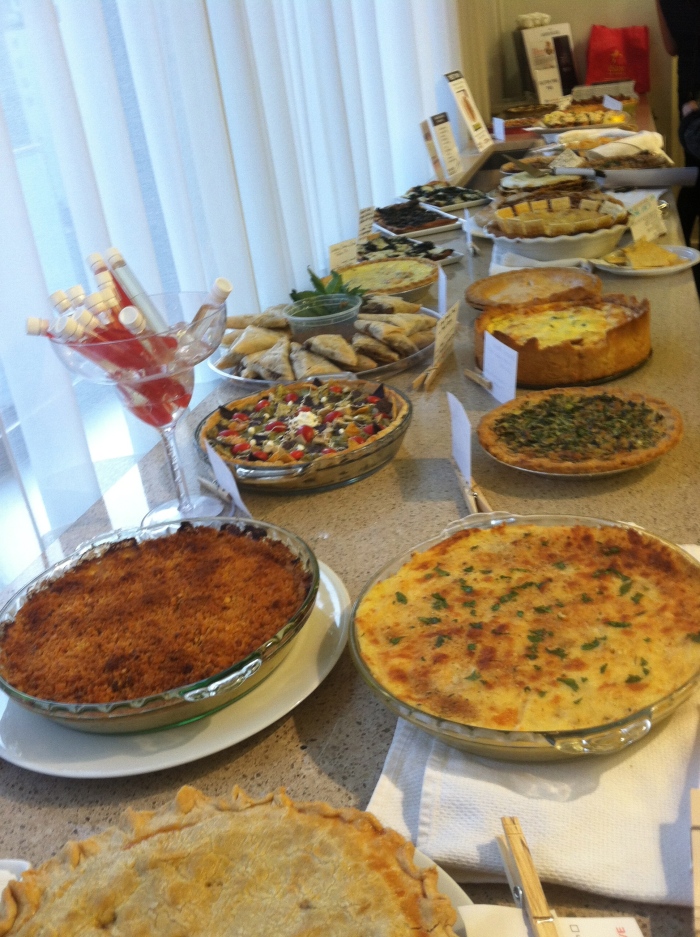 I arrived sweaty and tired as usual after using my stoneware pie pan to shove obnoxious 5 train riders out of my way from work to the event, where I was greeted by happy bakers from all over, and given an awesome chef themed tattoo from Tattly, who make the best and coolest temporary tattoos. 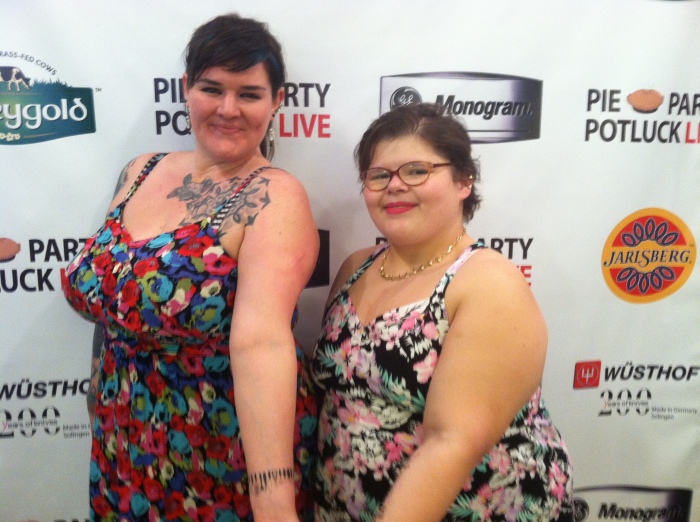 When I first got really in to food blogging, Jackie Gordon was one of the first people that I met, and had such an amazing personality and was such a talented chef that I knew I was in it for good if it was full of people like her. Her recipe for white salad is just divine. And this year I was lucky enough to be one of the chef’s for Pie Party Potluck Live! which she hosts alongside Ken Leung. Ken pretty does the opposite of what I do. EVERYTHING he does is so beautiful and exact. Just check his site Hungry Rabbit and be mesmerized by dessert. And what I love about Ken is that he does beautiful food the way it should be done. Everything is edible, there is no fondant in sight, flavor combinations are unique yet attainable and his technique is perfect without being fussy. His banana frangipane was my breakfast the next day, and I might have shed a tear. 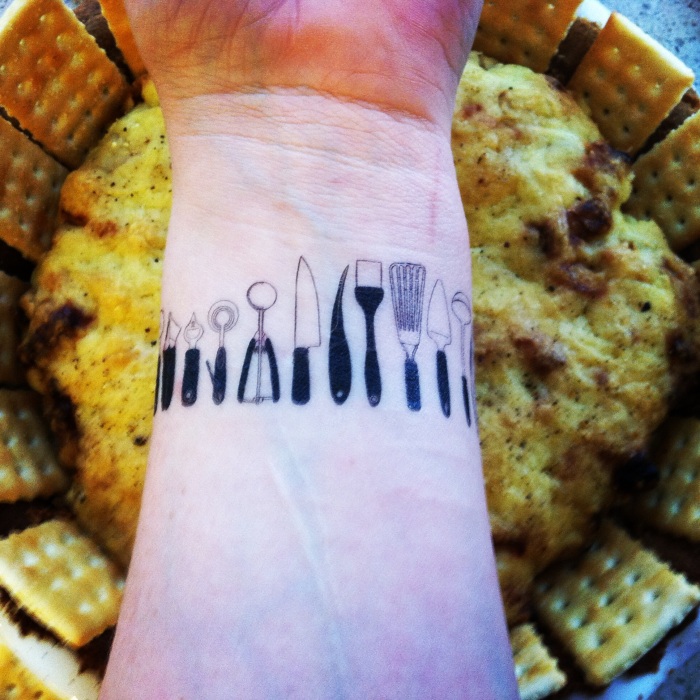 This is my white trash picnic pie, which I will go into on another day. My AirBnB tenants ate half my ingredients, which I did not realize until I got home late the night before, soaked from a rainstorm after all the stores were closed. I will have to brush up on my Portuguese, as they thought I told them to eat it, haha. In theory it was a Kerrygold butter cracker crust with layers of carmelized onions, prosciutto, and apples in a lemon peanut sauce topped with a Kerrygold Skellig sweet cheddar crust, reminiscent of all the nights I eat what I like to call Picnic Dinner, aka fruit, crackers, cheese and meats. I tend to like pies with this combo, as evidenced from my award-winning pear gruyere ham Deli Pie.

The GE Monogram Center hosted the event in their ridiculously gorgeous space, and the awesome Chef Tagere did an empanada making demo while the pies were being set up and photographed.

Then we were finally let loose upon the pies.  Obviously I hit savory first, and prioritized anything Mexican or Mac and Cheese based, the highlights being a tortilla stack pie, which i paired with an avocado pie, and followed with a samosa pie and a surprisingly yummy savory lemon pie. Thanks to my new friend Jennifer Baker’s advice, I went ahead and packed up all of the sweet hand and single pies in the tups provided to us by World Kitchen Snapware, which was a great idea because I never could have tried them all without taking some home. and Emily of Nomnivorous (pictured with me above) suggested we break it down further in to Volatile and Non Volatile pies. This is how you know you have been presented with too much pie. haha. We ate a bite of anything that we knew could not be saved, and stored the rest. Since I am not a big sweets person, I went for the fruity, coconutty varieties, and the lone ice cream pie. For once I was glad that my allergies knocked a third of the pies out of the running for me.  And also glad that Diego lives a couple blocks from me, so that when I got home and realized that I am not allowed to have this much pie, he could come and take the whole damn container away from me.

We truly had so many amazing sponsors, Anolon, who has always been supportive of all the food competitions I do, hooked us up with pie pans, Dub Pies fed us yummy pie eatlets AND sent us home with pie, Wusthof gave us peeling knives, Kerrygold and Jarlsberg gave us all cheeses, and OXO loaded us up with measuring cups, pastry brushes and cutters, and a strawberry huller, which I have always wanted because they are super adorable, but could never rationalize purchasing. 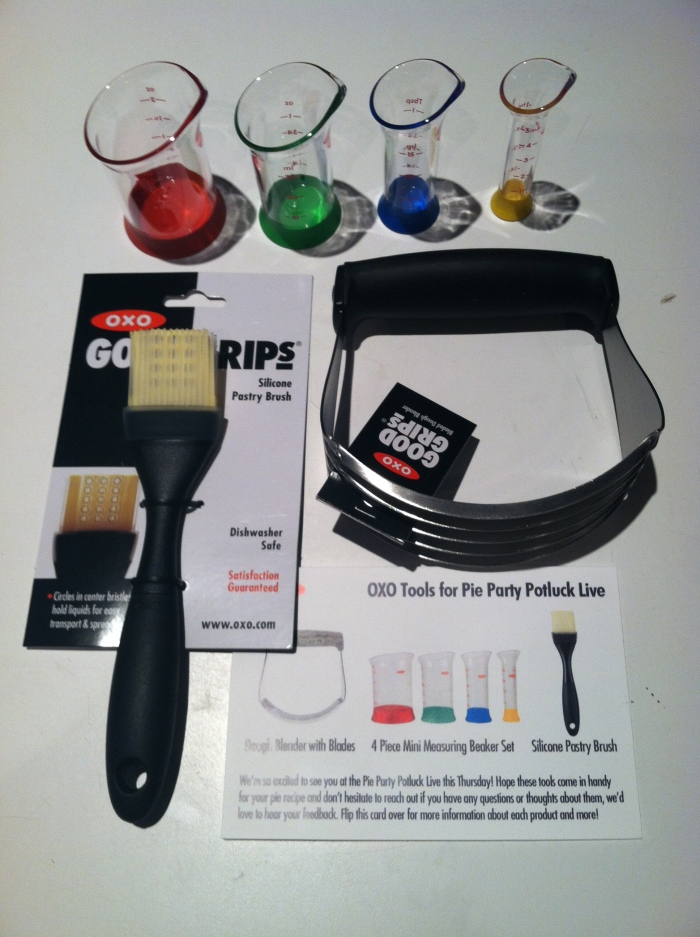 And I already know what I am going to make for next year. Vinegar Pie. I had some the last time I was home and this event made me want to make one. 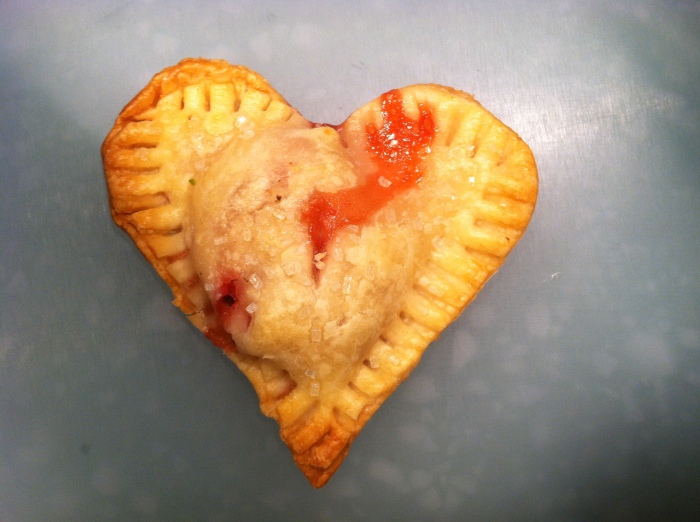 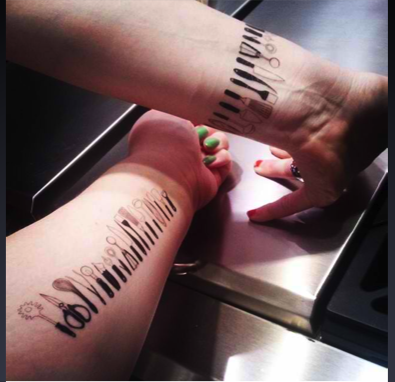