Halloween is my favorite holiday, this weekend there was a snowstorm in Brooklyn and I was working on my pie contest entry, so I didn’t make anything special. But this is the first year I have had a food site, so I will share things from another year, even though there are no other pictures unfortunately. 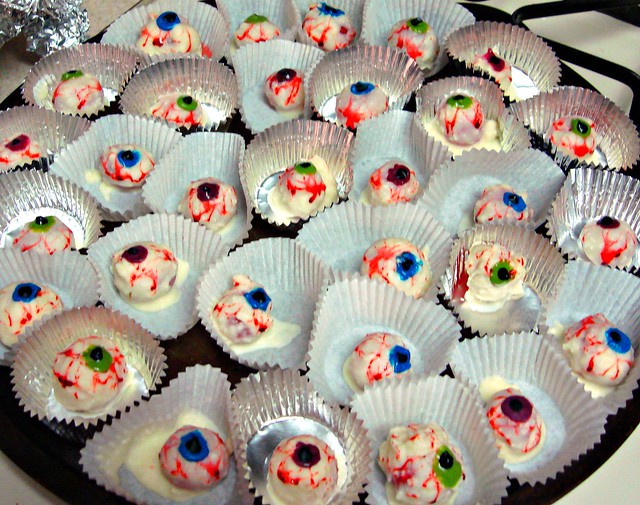 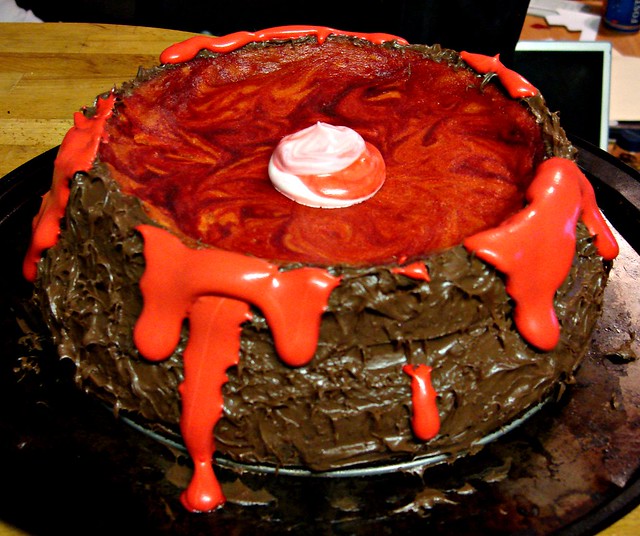 So I will start with the roadkill cake, because I am not posting the recipe, as it is not mine! This is also probably the unhealthiest thing I have ever made. Which is what happens when you base your creation on a Paula Deen recipe. The roadkill cake starts as 2, yes two, of her Pumpkin Gooey Butter Cakes stacked on top of eachother. The only thing I changed from her awesomely disgusting recipe was that I swirled red food coloring in to the filling so that it looked like bloody flesh. I used a slightly smaller pan for the top layer, and then made “fur” around the sides with chocolate frosting, from the can of course. Then I dyed some cream cheese frosting red and poured it down the sides to look like blood, and plopped a not yet mixed swirl on top for good measure. This thing weighed like 50 pounds, and just a sliver of it sent you into the best sugar high you have ever had, probably because you were lifted to it on a cushion of butter. It really is a delicious fucking recipe.

As for the eyeballs… you need to start in advance.

Soak your cherries in 151, or the liquor of your choosing, for about a week. Then dip in melted fondant and let cool, then dip in chocolate and let cool. Use a toothpick to made red food coloring veins. Split your vanilla icing into bowls and dye each one a different color. Let it get warm and smooshy and then use the fat end of a chopstick to make your irises, and then the thin end to make pupils. Then sit back and watch your friends get bombed on dessert. These babies are LETHAL, and if I had known then what I knew now, these would have come out much prettier, but you get the idea. I am sure I will make them again someday.

I also made some really awful pumpkin cake balls. Trying to make that orange chocolate melt and stay melted sucked!!! but they were funny looking, and i liked them. 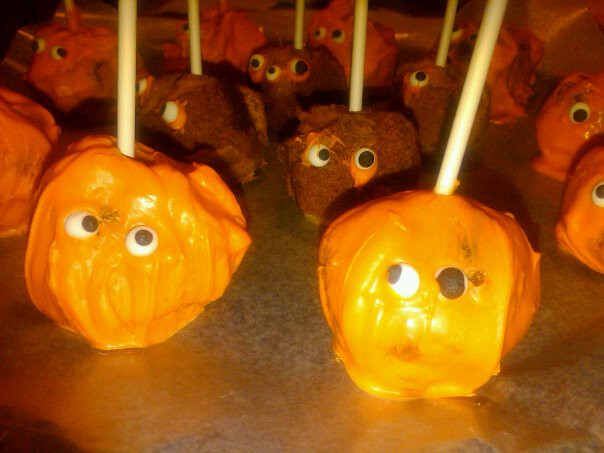 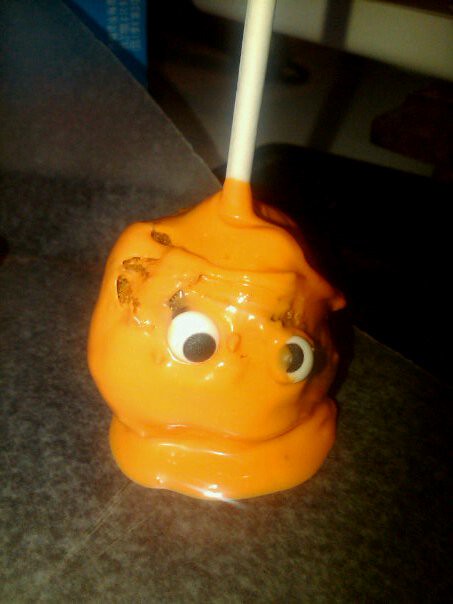 And now the weekend is over, and I am back to being a crazy, unzipped fashion designer…which is what I dressed as for Halloween this year. 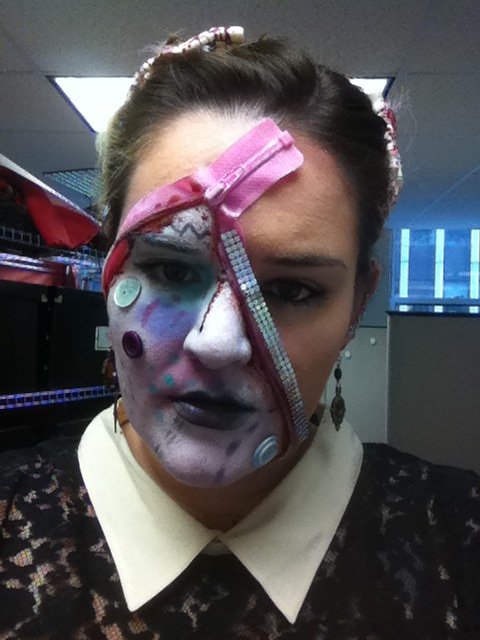 Hope your holiday was awesome as well, and that you made some sick, delicious things. Stay tuned for beer braised beef tomorrow! : )